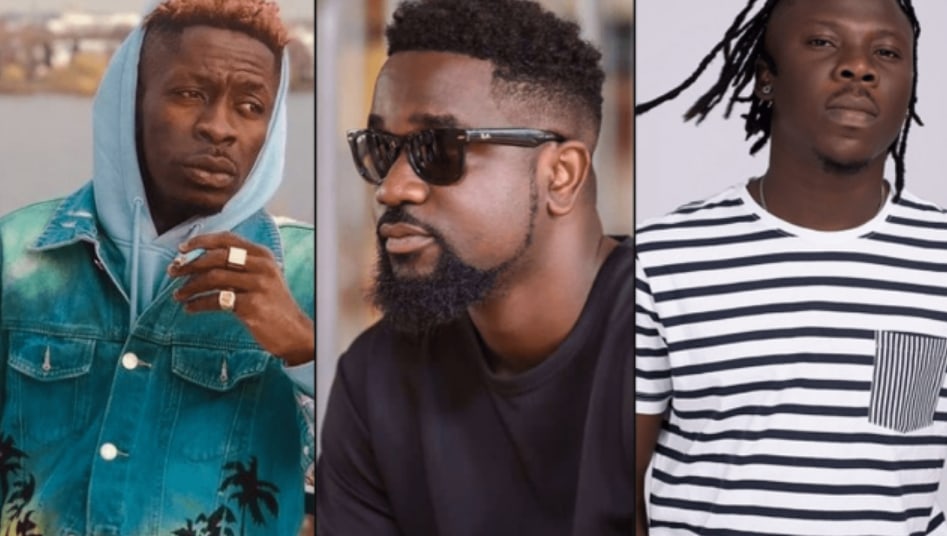 Music has become a lucrative business in the 21st century, both in Ghana and the other parts of the world. That wasn’t the case in the olden days.

In the olden days, musicians had to sell their music CDs before they could get some income. For those who were lucky enough to be called for an event, they had the chance to earn a little more than those who didn’t get such privileges.

Fast forward to the 21st century, the music business has become one of the fastest-growing businesses in the world. Due to the availability of social media, digital media, and other technological advancements, sharing and selling of music is a little easier than previously.

In Ghana, several musicians have been able to gain a fortune from their music. Others used their popularity to their advantage and have been able to venture into other businesses that have fetched them some cool income.

Today’s article is going to show you the top 10 richest Ghanaian musicians and their respective estimated net worth (in United States Dollars ($)).

These are the top 10 richest musicians in Ghana at the moment:

According to our research, Sarkodie is the richest musician in Ghana at the moment with an estimated net worth of $10 Million.

Sarkodie is one of the most popular and highly recognized musicians in Ghana. Also, he has many awards and accolades to his name.

He has also featured several international artistes from Africa, Europe, and the Americas. Some of these include Patoranking, Burna Bwoy, Wizkid, Ace Hood, etc.

Aside from his music, Sarkodie is an entrepreneur with businesses in Ghana and abroad. Also, he makes some cash from brand endorsements and ambassadorial deals. He had was once the brand ambassador for Samsung mobile.

He is currently married with two (2) kids, a boy, and a girl.

The second richest musician in Ghana is Okyeame Kwame (the Rap Doctor). Okyeame Kwame is also a Ghanaian musician, songwriter, fashionista, and entrepreneur.

Before he decided to go solo in 2004, he was part of a music duo called Akyeame, alongside Okyeame Quophi.

Although OK makes some of his money from music, he has several businesses to his name. He is the owner of the Ghanaian record label, One Mic Entertainment; a record label his junior brothers used to be a part of (Bradez (Flowking Stone & Kunta Kinte)).

Also, he is the co-owner of Firm Bridges Communications and a partner of Horseman Shoes. He also has several brand endorsements and brand ambassadorial contracts.

In 2019, he was an ambassador for the tourism sector’s Year of Return initiative. He has also worked with companies like GT Bank, Coca-Cola, and MTN.

Adding all his businesses and music together, his net worth is estimated to be $7 million. Currently, he is also married with two (2) kids, one boy, and a girl.

Shatta Wale is popularly known by Ghanaians as a dancehall artiste, songwriter, and producer. After coming into the limelight, Shatta Wale has worked hard to become one of the richest musicians in the country.

Shatta Wale became a Ghanaian name after his hit song ‘Dancehall King’ become a nationwide jam. Soon after that, he dropped back-to-back hit songs and is now one of the most popular musicians in Ghana.

Recently, Shatta Wale was featured on Beyoncé’s Lion King album having been featured on a track ‘Already’ with her. This also become nationwide and after the music video was released, it even became a worldwide hit song.

Outside music, Shatta has several ambassadorial deals to his name. Currently, he is the main ambassador for Infinix Mobile in Ghana. He has a fleet of cars in his garage showing how rich he is in Ghana.

R2Bees is a Ghanaian musical duo who have been in the Ghanaian business for over a decade now. The two musicians who are also cousins have been together since high school, where they used to perform together at entertainment.

They have collaborated with several Ghanaian and international artistes like Sarkodie,  Davido, Wizkid, Tinchy Stryder, and many more.

The net worth of R2Bees is estimated to be $6 million.

DL has other businesses and enterprises outside his music and this earns him some money. His estimated net worth is $6 million.

Becca is also a Ghanaian singer, songwriter, and actress. She is one of the richest musicians in Ghana and undoubtedly, the richest female musician in Ghana.

She gained the attention of Ghanaians after she contested in the second season of TV3’s Mentor Singing competition.

In her music career, she has collaborated with several local and international artistes. Some of which include Shatta Wale, Stonebwoy, Sarkodie, Uhuru, Patoranking, Tiwa Savage, Uhuru, and others.

Apart from the music money, she has several deals; both endorsement and ambassadorial, and she is estimated to be worth $5.7 million.

Stonebwoy is the 7th richest musician in Ghana at the moment. He started doing music way back in his high school days in Tema. After several hustling and promotion, he becomes recognized in the entire country as one of the best Dancehall artistes in Ghana.

He is also the CEO of Bhim Nation, a fan base he created for his fans and followers. He also sells merchandise at his Bhim Shop in Ashaiman.

His net worth is $5.5 million and he is also married with two kids, a boy, and a girl.

The grandpapa Reggie Rockstone was one of the pioneers of Hip-Life in Ghana in 1994. He is popularly known as the man who refuses to grow.

He was part of the Ghanaian musical group VVIP until the group became inactive in the music scene. Since then, he has been releasing his singles once in a while.

Through his several years of doing music, Reggie has been working on other side business ventures that have generated him some income. He is the co-founder of JarWaakye, a company he co-founded with his wife. He also owns a pub and some other businesses.

His net worth is around $5 million. And he is also married with some kids.

Fuse ODG is a UK-based Ghanaian musician who has been in the music industry for a while. He has been releasing his tracks once in a blue moon.

He spends most of his time in the UK doing some other businesses aside from his music. He has collaborated with several artistes from Ghana and the rest of the world.

Fuse ODG’s net worth is valued at $3 million.

The 10th richest artiste in Ghana is Tinny (Makola Quakwe).

Tinny started doing music over 2 decades now and has collaborated with several old and new artistes.

Currently, he spends most of his days outside Ghana and looking at the luxury and houses he has, he is indeed one of the richest musicians in Ghana.

He is estimated to be worth $2.3 million.

All these are the top richest musicians in Ghana at the moment.

There’s one thing we can all learn from these artistes and that is the fact that they all didn’t get this rich overnight. Through hard work and determination, they were able to gain this wealth.

So, if you start something and it is not going the way you expected, you need to be patient and focused and you will see the light at the end of the tunnel.