Thousands of NABCO Recruits Demand Postings from the Secretariat 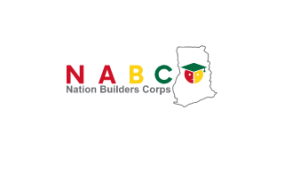 Some individual employed under the Nation Builders Corps (NABCo) are yet to be posted several months after the initiative was launch amidst fanfare at the black star square. The latest NABCO News for today.

A statement from the NABCO Secretariat in 2018 said some 44,000 applicants had been placed to start work in November that year.

But a number of the trainees especially those in the Revenue Ghana and Enterprise Ghana modules have however complained to Citi FM that they have not yet been posted.

Some of them also said they have also been rejected by the companies they were posted to.

One of the recruits who applied for the Revenue module said: “the majority of us have not been placed.”

“We’re just at home watching television and hearing Ministers and government appointees say that we’ve been placed, and we are actively working. But nothing is going on. There hasn’t been any communication from the NABCO Secretariat. That is also a bother for us because if any information should be coming in, it should be coming from their end,” he added.

Another one who applied for the Enterprise module said: “I’ve not started work yet, but I have received my placement at Ghana Standards Authority which I reported the following day.”

He said when he went to the place he was posted to, “they told me to put my details down and that I will be contacted, but I’m yet to hear anything from them.”

Some also took to social media to complain about the delay in payment of their GHc700 allowances.

The National Coordinator of NABCo, Ibrahim Anyass, assured that the programme was not a duplication of other youth employment schemes like the Youth Employment Agency (YEA).

President Nana Akufo-Addo at the passing out ceremony admonished the recruits not to consider the GHc700 stipend as free money but should work hard to earn it.

“You must bear in mind that government is investing some GH¢3 billion cedis of taxpayers’ money into this programme. Your monthly GH¢700 is not free money, and you must earn every pesewa of it which I’m confident you’ll do,” he said.

Create a legal framework to keep NaBCo on track – Minority

The Minority in Parliament is demanding a legal framework to guide the implementation of the government’s Nation Builders’ Corps (NABCo) programme.

According to the Minority Leader, Haruna Idrissu, the government must learn from previous experiences with such schemes that did not have legal backing and veered from their core mandates.

Following enormous criticism of the NABCO initiative, President Akufo-Addo at the passing out ceremony hit back at critics who downplayed the impact of the NABCo insisting that the programme will go a long way to partly address the current unemployment situation in the country.

He was also optimistic the country will benefit from the talents of the NABCo graduates.

“As has become the norm with every bold initiative proposed by this administration, this programme, predictably, was not only ridiculed in certain quarters but also met with pessimistic and cynical comments with some going to the extent of urging graduates from our nations tertiary institutions not to register for the programme. In NABCO, we have planted the seeds of growth and future of our country. I am in no doubt whatsoever that NABCO will succeed,” he added.