Shocking: The 2 Main Reasons why NABCO Stipend is delaying and why Trainees shouldn’t expect the Stipend anytime soon 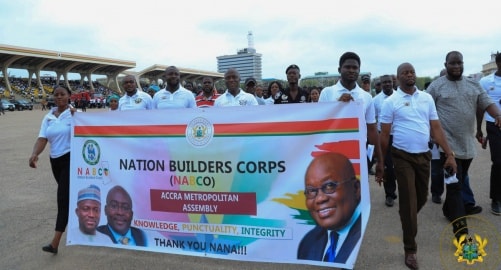 A lot of people hate Asetena.com right now because we reported when our source disclosed to us that salaries were supposed to be paid starting Tuesday.

We are dedicated to reporting the latest news on NABCO and as such when we have information from our sources, we let you know.

Thank you for sticking with us.

However the case may be, our reports are based on solid information and it appears at the last minute, something changed which prevented the money from being authorized to pay.

We continue to follow the NABCO issue closely and we report on the various issues facing Trainees including stipend payment, placement issues and other challenges.

The NABCO December stipend has delayed considerably, especially when compared to the November Stipend which was paid on 5th December 2018.

Why NABCO Stipend is delaying

Like Asetena.com has previously stated, the number one cause for the delay in paying December Stipend is to prevent the mistakes that happened with the payment of the November Stipend.

Someone will ask: What mistakes?

Well, to begin with, a lot of people who are currently working have not received even their November Stipend. Yet there are some who were not placed and yet have received payments for November.

According to our source, this is disheartening to the NABCO Secretariat. As such, there is the move to try to find a way to make sure only those who have worked are those receiving stipends.

For this reason, until the secretariat has been able to fully flesh out those working, the stipend may not come.

Somewhere in the week, there was the introduction of the NABCO Assumption of Duty form. However, this was removed from the NABCO portal barely 24 hours after it was put there.

How long should Trainees wait?

We initially stated that the removal of the NABCO Assumption of Duty form could have been because Trainees have been fighting against its introduction and use.

Through our source, we have come to also learn that, the form is been updated to a more better format.

Well, we don’t know what format the secretariat will use, but we guess it could take the NSS format where Trainees will have to fill and submit each month. However, does NABCO have the manpower to go through all documents or will they be done online?

So as it stands now, until NABCO finds a way to correctly verify those who have been posted and are actually working, the Stipend will continue to delay.

Some people may argue that NABCO already has the list of those posted, so why won’t they use it? Well, the truth is that those posted does not represent those working.

Some people have been posted yet have never reported to their workplace, while some people are working even without posting because they went through the so called “Internal Posting”.

It’s sad that the Stipend of Hardworking Nation Builders has to delay because of the inefficiency of processes. If only the NABCO App was correctly working, a lot of these could have been prevented.