NABCO Trainees to receive new contracts to check those cheating 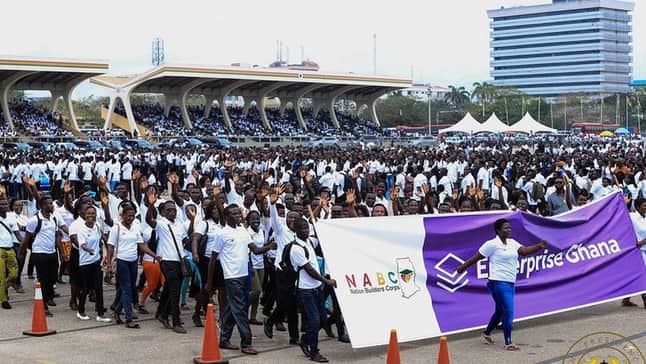 All employees under the Nation Builders Corps (NaBCo) will receive new contracts that specify when they are due to exit the program, Chief Executive of the policy Dr Ibrahim Anyars has said.

He said the programme, which currently employees some 99,000 youth, has faced challenges with beneficiaries leaving the policy without notifying their respective offices.

“By the end of this month, I believe, NABCO trainees to receive a new contract. The new one will tell them exactly when they would be exiting the program after being on it for a while,” he told Morning Starr host Francis Abban Monday.

He also noted the scheme is resorting to technology to improve monitoring and efficiency.

“We have tasked every trainee to ensure that they get a smartphone to follow our online training programs as well. We are introducing a NaBCo app that will help us assess beneficiaries as they send us reports on work done. All beneficiaries are to have the App.”

“We already have the first quarter results. We noticed there were people who were on two schemes. There were some people who were doing their National Service or under the National Youth employment program and that shouldn’t happen”.

The Nation Builders Corps (NaBCo) programme is a government initiative to address graduate unemployment to solve social problems but the scheme has been plagued with salary delays.

Mr Anyars the delays in payment is mostly as a result of some inefficiencies in the payment data supplied by beneficiaries.

“We have no interest in delaying the salaries of NaBCo beneficiaries. Some have delays in salary because they’ve not followed the necessary instructions. I want to assure all who have their data intact that they’ll have their January salaries paid”.