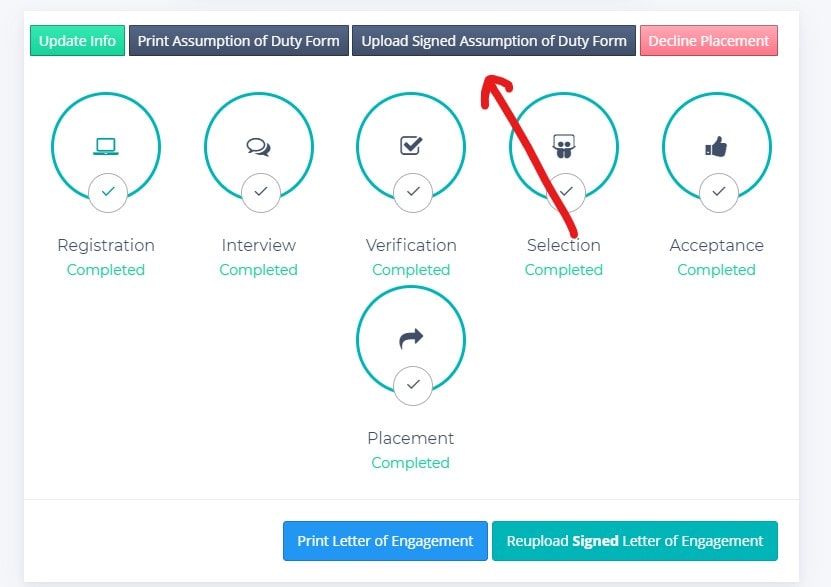 If you haven’t already filled your NABCO Assumption of Duty Form, well chances are that you may never get to fill them.

This is because the form, together with the “update” button are all missing from NABCO’s Portal.

Yesterday, NABCO released the assumption of duty form for Trainees is a seeming bid to know those who have been placed, those who have actually reported to work and those who ultimately should receive stipend because they have been “working”.

However, trainees were not pleased with the new procedures as most of them viewed it as “delay tactics” so that stipend are delayed.

Here are some of the views of trainees.

While some threatened the Government with elections, others viewed the procedures as an attention shifter from paying Stipends.

Some NABCO Trainees quizzed the relevance of the whole process.

While some were concerned about receiving their placements.

Those who saw some good in the process were not spared from the backlash.

However, the fact the form is no more on the NABCO portal does not mean it won’t come back.

It could be that a different version of the website is just being served to trainees at this point in time.

Whether or not the Assumption of Duty form will come on the site or not, what’s most important is that NABCO brings back the “Update” option/

At this point, all we can do is to wait to hear officially from NABCO.