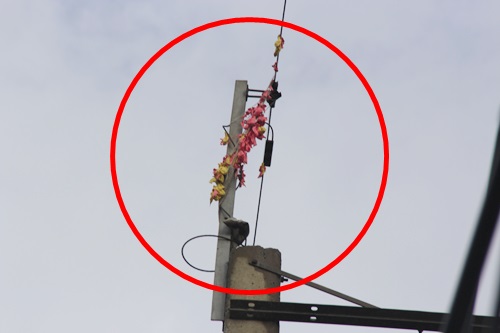 FillaHQ and the entire university community were hit by news yesterday concerning the demise of a student leader and activist.

Francis Debrah who is a proud industrialist, a proud member of Think Victory UCC and Best known as Governor is currently the organizer of Geographical Society (Geosoc) and aspiring for the position of SRC Rep 1 of the Industrial City, Valco Hall of the University of Cape Coast.

Governor met his untimely demise on Wednesday, 9th January 2019 which made his sad demise the first recorded death of UCC student in 2019.

The mystery surrounding his death is worthy of note. FillaHQ talked to his senior brother and he revealed that the death occurred at the residence of the mother of the deceased in Kasoa.

The brother whose name has been withheld said Governor was watching television and decided to go and manipulate the antenna, which was located on the roofing of the building for coverage.

After , they went to check on him and realized he was lying dead after suffering what they suspected as .

FillaHQ and the entire UCC community mourn with the family of Governor. Rest in peace brother. Think Victory forever.

2021 WASSCE Results Checker: How To Check On Phone With MoMo

How to Check BECE, WASSCE & NOV/DEC Results on Phone…