Homowo Festival: History, Significance and How it is Celebrated 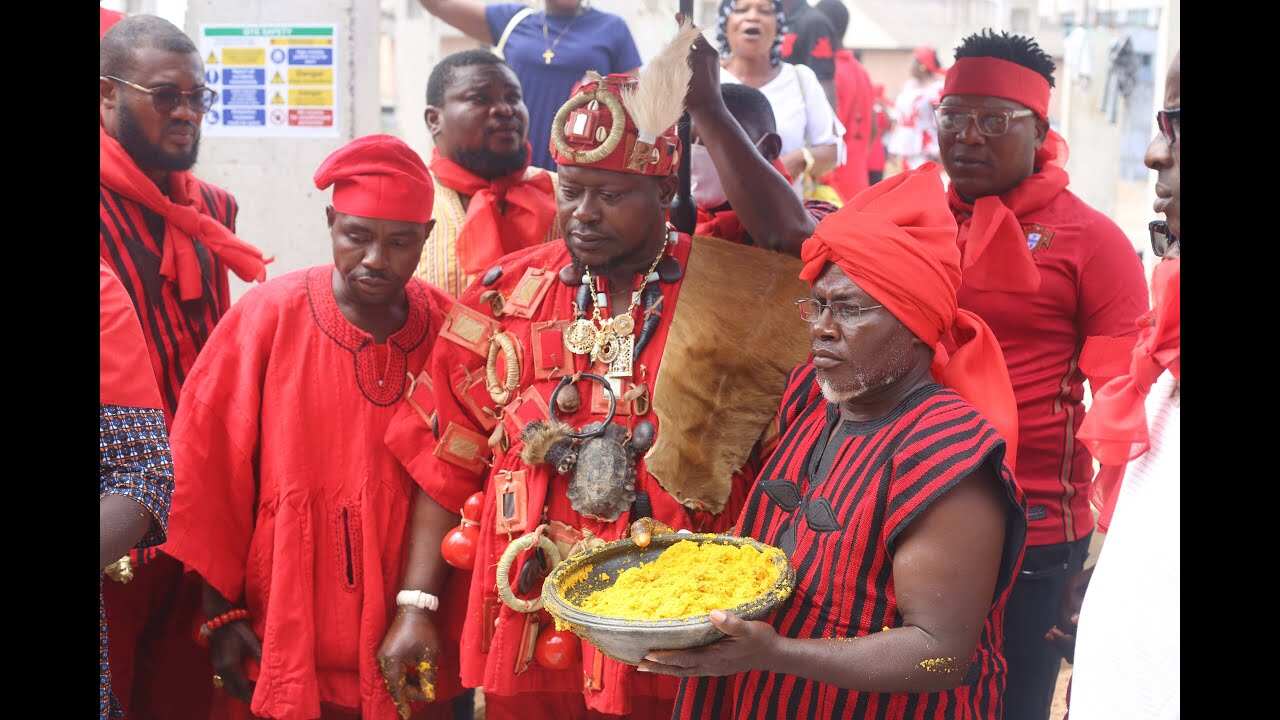 The homowo Festival is celebrated by the people in the Ga communities in Accra. They include Teshie, Nungua, Osu, Kpone, Lante Dzan We and others. The agricultural success is celebrated and climaxed at Gamashie.

There was a period of famine in the Greater Accra region due to the failure of seasonal rain needed to grow crops for consumption in the past. When the rains finally returned, they set the tradition to celebrate their ordeal by hooting at hunger. Hence the name Homowo. “Homo” means hunger, and “wo” translates to hoot.

How Homowo Festival is Celebrated

The Greater Accra people take their culture and traditions seriously. They are one of the ethnic groups that has held on to their customs without changing them along the way, and the Homowo Festival is one of those traditional celebrations.

Homowo celebrations begin when the fishing and farming season is opened in May when people plant food crops, maize in particular, because that is what is used in preparing the traditional food “Kpopkoi” or “Kpekple” consumed during the celebrations.

During this period, there is a band on noise making since it is believed to disturb the gods. The actual celebration is done in August.

People from far visit their friends and family on the Thursday before the Homowo. They are called “soobii” or the Thursday people.

They bring a portion of their bumper harvest and share it with the people they visit. Peace is made, and happiness is spread everywhere.

On Friday, the twin festival is celebrated to honour twin children born into the Ga community.

Their mothers wear white clothing for them and smear white clay on their bodies. The priests then go ahead to bless them.

The twin festival is celebrated because twins are a symbol of fertility, and the Festival aims to thank the gods for the fertility of any kind, from agriculture to twin children. People are also advised to stay home on Friday nights because it is believed that spirits wander through the streets.

Chiefs and family heads dress in kingly regalia and march the streets, sprinkling Kpokpoi where the spirits of the departed are likely to gather. The celebration climaxed with kpanlogo dancing, merry-making and jams.

The different Ga states celebrate at varying times, but all in August.

Significance of the Homowo Festival

The primary significance or reason for the homowo celebration is Thanksgiving. The Festival is celebrated to thank the gods for providing food and blessing the people in Accra.

Festivals are celebrated in remembrance of important happenings in the past. And from the Ga people, celebrating Homowo is a way to do that.

Celebrating festivals brings people together, and Homowo is not an exception. People come from far and near to witness the celebration, and some even join in it.

It is in this period broken relationships are amended, and disputes are solved. In this period, people travel from abroad, chasing their roots to hold on to a part of their culture and traditions. During festivals, people enjoy themselves while being at peace with each other.

Accra is the capital of Ghana, where people from different regions in Ghana reside to search for greener pastures.

There is a lot to learn from the Ga people in August, and there is much more to experience staying in a Ga community.