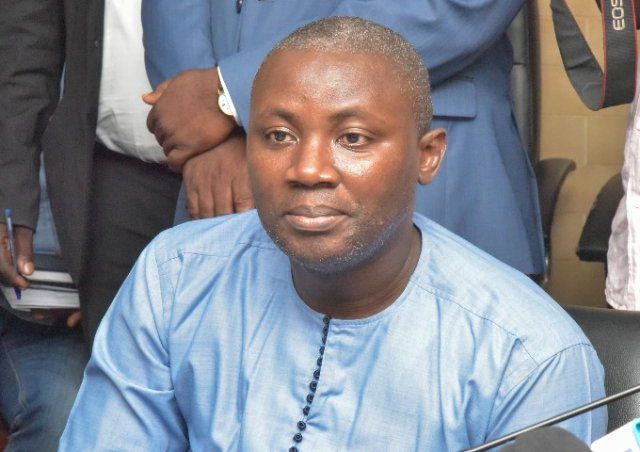 All approved trainees under the Nation Builders Corps (NABCO) will receive new contracts that when they are due to exit the program, Chief Executive of the policy Ibrahim Anyars has said.

He said the programe, which currently employees some 99,000 youth, has faced challenges with beneficiaries leaving the policy without notifying their respective offices.

“By the end of this month, I believe, NABCO trainees to receive new contract. The new one will tell them exactly when they would be exiting the program after being on it for a while,” he told Morning Starr host Francis Abban Monday.

He also noted the scheme is resorting to technology to improve monitoring and efficiency.

“We have tasked every trainee to ensure that they get a smartphone to follow our online training programs as well. We are introducing a NaBCo app that will help us assess beneficiaries as they send us reports on work done. All beneficiaries are to have the App.”

“We already have the first quarter results. We noticed there were people who were on two schemes. There were some people who were doing their National Service or under the National Youth employment program and that shouldn’t happen”.

The Nation Builders Corps (NaBCo) programme is a government initiative to address graduate unemployment to solve social problems but the scheme has been plagued with salary delays.

Mr. Anyars the delays in payment is mostly as a result of some inefficiencies in the payment data supplied by beneficiaries.

“We have no interest in delaying the salaries of NaBCo beneficiaries. Some have delays in salary because they’ve not followed the necessary instructions. I want to assure all who have their data intact that they’ll have their January salaries paid”.

What will be in the new Contract?

Sources close to the NABCO Secretariat have disclosed that the new contract will contain the duration of time that an individual will be a NABCO trainee and it will give an actual date on when an individual ceases to be a trainee.

Also, the stipend to be paid will be stated with a caveat saying transaction costs are not borne by NABCO.

Another thing that will be in the contract will be the legal consequences of those who are working elsewhere and still engaging in NABCO.

Also, those who have not reported working, yet have been placed will automatically be taken out of the NABCO system and will stop receiving Stipend when found. They may also be made to pay stipend they took for no work done.

Who will receive the new Contracts?

The new contracts will only be received by trainees who have been placed and are working currently under NABCO.

All those who have declined or not reporting to work will not receive this contract.

When will the new NABCO Contracts be ready?

Although it was slated for ending of this month, it looks as if the contracts will come somewhere early April, with the most Feasible Date being Monday.

It is still unclear if it will come before Stipends are paid.

It is however expected that the new NABCO contracts will also streamline the stipend payment process to prevent any unnecessary delays that plagued the initiative.