NABCO Salaries have been paid; Withdraw now via e-Zwitch 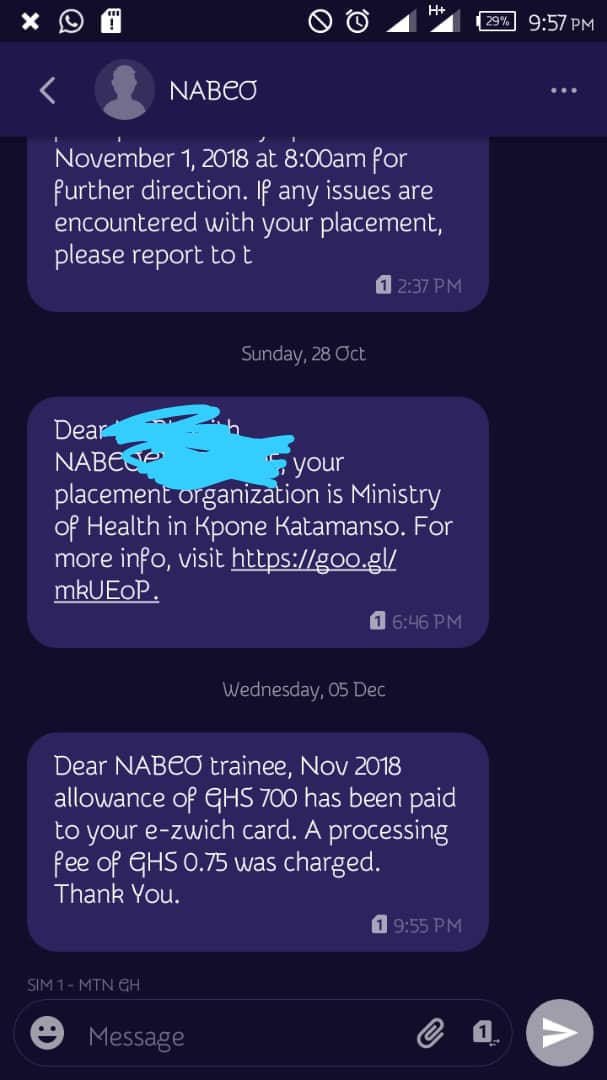 Information reaching Asetena.com is that NABCO trainees have been paid their salaries/stipend for November.

This comes after a promise that the funds (GHS 67m) had already been disbursed.

Messages started rolling out around 9:47 pm on the evening of Wednesday, 5th December 2018 indicating the payment has been processed.

Trainees can now withdraw their money via e-zwitch at any Bank nationwide.

A lot of people who have not been placed also received salaries.

It is not yet clear if the salaries for October will still come as the message clearly indicated that the salary payment was for November 2018.

However, the good thing is that some monies have been paid and trainees can withdraw them at the nearest bank that support e-zwitch.

Some trainees who NABCO suspected to have been on other government payroll have been denied their GHS 700 salary payment.

Especially those with afforestation who have stopped working there did get a message indicating their payment has been withheld.

The recommended banks (Asetena.com recommends) are GN Bank, GCB Bank, ADB and Fidelity bank as these ones usually have working e-zwitch machines.