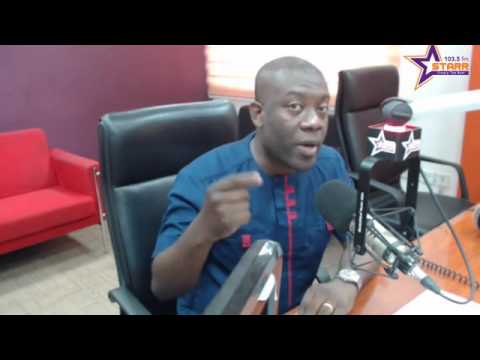 The Nation Builders Corps (NABCO) has detected that 3,807 beneficiaries of the programme have concurrently enrolled onto other government-supported youth employment initiatives in an attempt to receive double pay.

Out of the number, 1,702 have been identified to be people who are already gainfully employed.

They form part of 18,001 beneficiaries who have various queries to answer, for which the payment of their stipends has been halted.

Among those with concurrent enrolment, the NaBCo Secretariat found out that 1,368 were on the payroll of the Forestry Commission, 408 on extended National Service, 322 on the Youth Employment Agency module, with seven nurses on the Ministry of Health training institutions allowance.

The Chief Executive Officer of NaBCo, Dr Ibrahim Anyars, told the Daily Graphic yesterday that 12,564 trainees used wrong e-zwich numbers, 394 names mismatched (that is, the names in the NaBCo system and the e-zwich number were different), 50 beneficiaries used the same e-zwich number and seven of the names appeared on the NaBCo payroll more than once.

Statistics available to the Daily Graphic indicate that as of January 10, 2019, the NaBCo Secretariat had cleared 9,235 of the trainees with issues about the payment of their November stipends, while 8,766 were still under investigation for validation and payment.

He explained that payment under the scheme was not as straightforward as many would think, explaining that because it was a major government programme, the managers had to put in place a robust system to deal with issues relating to payments.

Dr Anyars said when the Ministry of Finance released GH¢67.13 million for the first payment of stipends to beneficiaries, 95,908 trainees had confirmed their acceptance onto the scheme and qualified for the allowance of GH¢700 each.

Beneficiaries are to be paid through the e-zwich system of the Ghana Interbank Payment and Settlement Systems (GhIPSS).

Since the e-zwich payment mode relied on biometrics, it helped the programme to check beneficiaries who were already enrolled onto other government programmes, he explained.

He said because of the verification and validation system, only 60,100 of them were paid immediately and a subsequent 17,807 were later validated and paid on December 14, 2018.

Dr Ibrahim noted that some of the challenges surrounding payments to the trainees concerned wrong data entry during the registration processes.

“It is because of these challenges that we want to clean the list before we pay,” he said.

He added that if anyone had not been paid for November and December 2018, they must have issues to resolve.