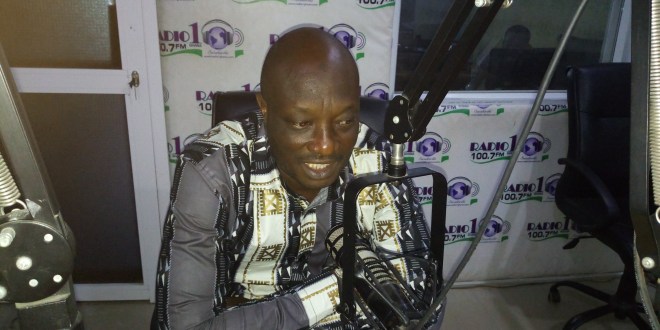 The Eastern regional NABCO Coordinator who doubles as the eastern regional deputy communication director for the ruling New Patriotic Party, NPP, Alhaji Seidu popularly known as Alhaji Opass has disclosed that all is set for NABCO salary arrears to be paid in the next day particularly those in Abuakwa South municipal and Denkyembour district.

According to him, the delays in payment were due to delay validation and the splitting of the district/municipal.

In a studio interview on the Susubiribi morning show on Radio 1FM, 100.7MHZ, on April 15 2019, Alhaji Opass told the host, Nana Kwabena Addo Papabi that the NABCO trainees must exercise patients a bit since the delay is not denial, and by close of tomorrow their January and February salaries would be paid.

“The problem we had was the creation of the Abuakwa North and South municipals from the then East Akim municipality and since we are working with electronics, the machines fail to recognise these two municipalities. But I assure them that by close of tomorrow their January and February salaries would be paid”, Alhaji Opass confidently stated.

He again added that for those in Denkyembour district, their salaries are ready and by close of today, they would be paid.

Moreover, he revealed that the March salary is in the pipeline to be paid and they are eagerly working hard to pay off possible before the Easter break.

Concern NABCO workers in the eastern region had threatened to embark on a serious demonstration to register their displeasure against the authorities of NABCO and the president of the nation for failing to honor their promises in paying them their salaries.

NABCO, Nation Builders Corpse is one of the flagship programs honoured by H.E. Nana Addo Dankwa Akufo-Addo as part of his campaign promises to alleviate graduate unemployment canker in the nation.