Popular Ghanaian Dances: How to Learn a Dance in Ghana 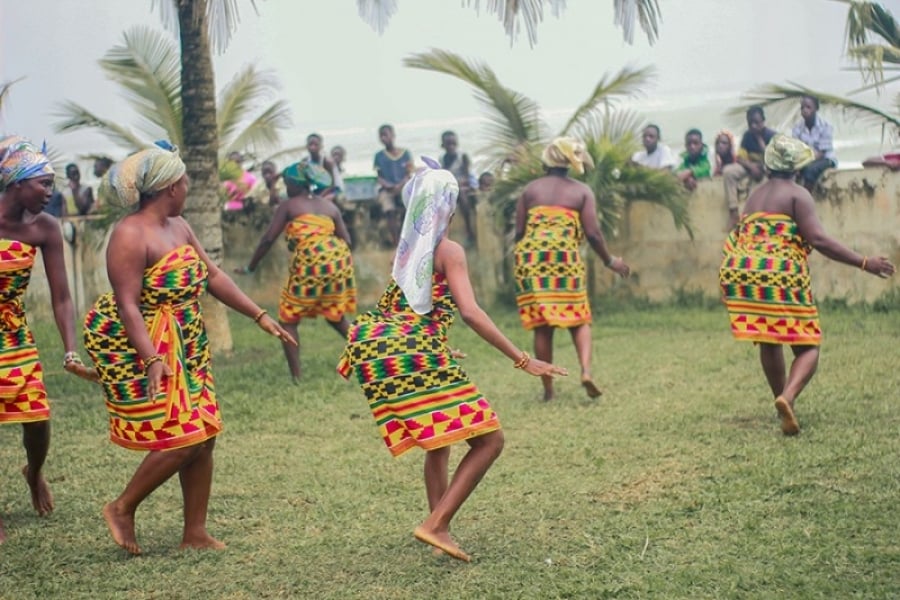 Is it the Kupe, Pilolo, Ena, Seven, Azonto, or Shaku Shaku dances you want to learn, so that you can move to Kuami Eugene`s ‘ Dollar on you’ or Sefa’s ‘e choke’?

Or do you want to learn and know how to move your body rhythmically to the traditional Ghanaian drums and adorn yourselves in rich kente and shiny beads? Whichever you choose to learn about, we have gathered enough to teach you and open your eyes to rich Ghanaian culture through music and dance.

Ghanaian traditional drumming is done on occasions such as funerals, durbars, weddings, and more. The drum rhythms convey important messages that are usually known only to the locals. These messages can include bravery in wars, unity, initiations, and more.

Some drumming only conveys music that people dance to. Every ethnic group and thethe types of drums they use for various songs and to convey different messages. We could go on and on and list those drum names here but what we came here for are the dances.

Performed by Ewe of Ghana, Togo Benin, and Southwestern Nigeria, the dance is derived from an older war dance called ‘Atrikpui.’ There is a variety of musical types to the dance and sections of movements as well. The dance N is performed by all ages of people. The master drum called ‘sogo’ is used, accompanied by ‘gankogui’ and ‘axatse.’

The Borborbor dance, also known as ‘agbeyeye’ or ‘akpese,’ is a dance that was introduced when Ghana was on its way to gaining independence. The joy of being free was marked by various dances and musical types, and borborbor dance was one of those, that is why it is also named ‘agbeyeye,’ which means A New Life. The dance originated from Kpando through the late Francis Cudjoe Nuatro. The dance is performed at all occasions and is the most popular in the region and beyond.

Adowa dance is the most frequently performed dance by the Akan people in Ghana. The dance is mainly done by women while the men play the drums and other musical instruments. The dance is primarily performed at funerals and yearly festivals.

Kete is usually danced in the royal courts of chiefs, performed for chiefs who sit in palanquins. There are three parts of the performance, which include drum music, pipe interludes, and the vocal counterpart of the pipe tunes.

Bamaya is also known as the ‘rain dance.’ It was first performed in the 19th century to mark the end of a drought that had hit most parts of the Dagbon state in the northern region. The dancers are adorned with beads and cymbal beads that make an exciting noise as they shake their feet.

The Kple dance is performed by people from the Greater Accra region during their Homowo festival. Priestesses perform this ritual dance to communicate with gods and bring favor to the people.

It is believed that a long time ago, a giant attacked and killed some Fanti men. When the giant fought the last man, a woman entered and danced skillfully to draw the attention away from the struggle. That was where the dance originated. It is performed on several social occasions.

Kpanlogo dance movement reflects issues affecting society. It is an easy and fun dance performed by the Ga Adangbe people.

Other dances include Bima, Patsa, Sikyi, Adevu, and many others from different ethnic groups.

How to learn a dance in Ghana

Learning dance in Ghana is important. Some dances tell stories that need to be passed from generation to generation. Dancing helps you to be healthy, and it makes you look fantastic too! Due to digitization, you can now learn how to dance on YouTube, Instagram, and even Facebook. Apart from that, you can enroll in dance schools like:

How to Permanently Quit Betting