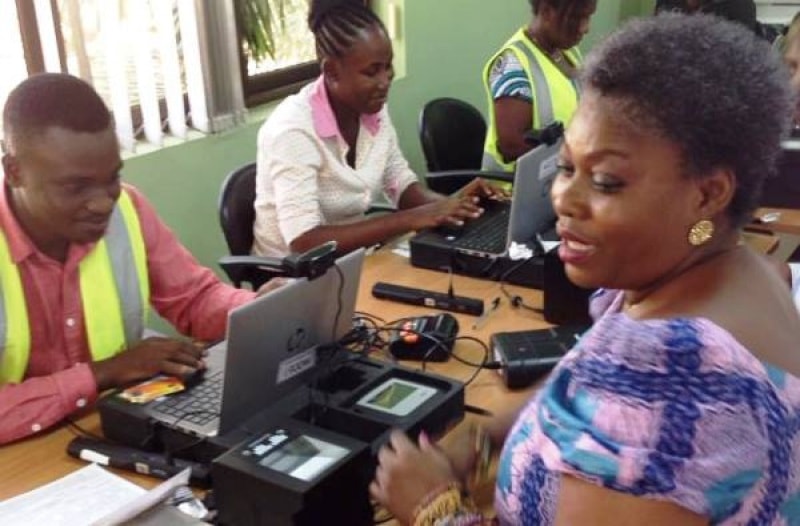 The National Identification Authority (NIA) is scaling up the mass registration exercise for a national identification card, with the Volta Region as the next port of call.

The exercise which is meant to register Ghanaians aged 15 years and above, will begin in the Volta Region today, July 22 to August 14, 2019.
Afterwards, the registration will continue in the adjoining Oti Region from August 22, this year.

The Communication Officer of NIA, Assistant Commissioner of Immigration (ACI) Mr Francis Palmdeti, who disclosed this to the Daily Graphic last Friday, said the NIA team was optimistic of registering at least 80 per cent of the targeted population in the region within the registration period.

He added that logistics and preparations that were required to ensure a smooth registration process had been carried out.

The NIA started the registration exercise for the National ID Card, known as the Ghana Card, in the Greater Accra Region after it had registered some key state institutions such as the Office of the President, Parliament and other ministries, departments and agencies (MDAs).

The exercise in the region, was, however, bedevilled with challenges, including long queues by prospective registrants, network failures, allegations of illegal payments to NIA officials and fronting for foreigners.

Mr Palmdeti gave an assurance that the NIA had learnt useful lessons going into the exercise in the Volta Region.
“Some of the challenges were human factors, especially, when many people rushed and queued in the night to be registered the following day.

Such a tendency is difficult to regulate but we want to let people know that if they are not able to register in the mass registration exercise, there will be an opportunity for them in the continuous registration exercise at the district level; so people should not be agitated at all,” he said.

Touching on network challenges, Mr Palmdeti said the NIA had made some arrangements for deferred printing of cards in cases where the network failed.

“We are hoping that the centres in the Volta Region will have good access to Internet connectivity; but if we encounter bad network situation and are unable to print cards instantly, we will do deferred printing,” he indicated.

Mr Palmdeti said the NIA was establishing what was known as print farms in every region to serve as the centre for deferred printing of cards.

He urged members of the public to cooperate with NIA’s registration officials to prevent some of the challenges.

“We want to urge people not to jump queues; do not influence our officials with money to be registered because registration is free; and do not front for any non-Ghanaian because it is criminal to do so,” Mr Palmdeti added.

The mass registration of eligible Ghanaians for the Ghana Card started on Monday, April 29, with the Greater Accra Region and ended on Saturday, July 6, this year.

Eighty-five per cent of Ghanaians are expected to be captured at the end of the mass exercise.

Applicants are to provide either a genuine birth certificate or a valid Ghanaian Passport; or a valid certificate of acquired citizenship, with a Ghana Post Digital Address Code as mandatory documents.