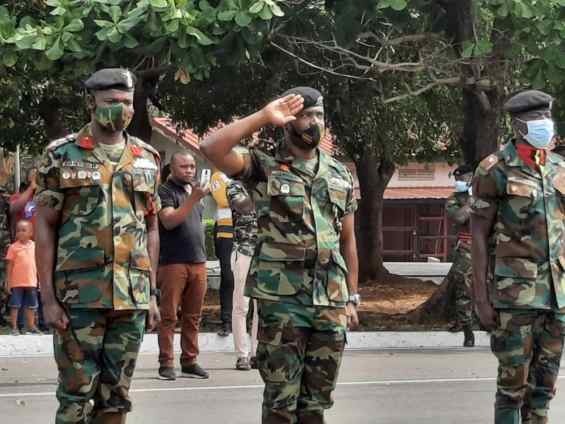 The Ghana Army is the main branch of the Ghana Armed Forces responsible for land-based military operations. As with any armed forces, there is a structured ranking system and each rank carries its own duties and responsibilities. This article will provide an overview of the ranks in the Ghana Army from the highest to the lowest lowest.

The Ghana Army is the unified ground warfare branch of the Ghana Armed Forces. It is the largest branch and primary combat service of the military, consisting of several divisions and brigades. The Army is responsible for protecting the territorial integrity of Ghana, maintaining law and order, providing security during national emergencies and times of crisis, and contributing to international peacekeeping efforts.

The history of the Ghana Army dates back to 1957 when the Gold Coast Colony was granted independence and reorganized into the nation of Ghana. The Army was officially formed in 1960 as part of a larger effort to create a modern and independent Ghanaian military. Since then, the Army has grown in strength and numbers and has become a respected contributor to international peacekeeping efforts.

They harbour the responsibility of leading and training enlisted soldiers. They are the leaders of the army and they give instructions.

They are officers who are under the order of the higher officers. They receive orders and they are obliged to obey before complain.

The armed forces has different ranks. The higher the rank, the more the responsibilities and vice versa. Each individual has a responsibility to serve the nation.

Below is the list of the Ghana Army Enlisted Officers Rank in descending order:

Benefits of joining the Ghana Army

Serving in the Ghana Army gives you a sense of pride and prestige as you work to protect your country and its citizens.

The Ghana Army provides training and skills development to its members. You can gain access to advanced training courses that can give you an edge in the civilian job market after completing your service.

All active members of the Ghana Army are entitled to access free medical care. This includes preventive care, hospitalization, specialized treatment, and more.

Active members of the Ghana Army are eligible for benefits such as housing allowances, subsidized food, and travel benefits.

Joining the Ghana Army gives you a steady job with excellent job security. You don’t need to worry about layoffs or uncertain job prospects.

The Ghana Army also offers retirement benefits to its members, allowing them to enjoy a comfortable life after serving their country.

Knowing the differences in rank can also help you navigate career opportunities within the armed forces. We encourage anyone interested in joining the Ghana Army to research more about the roles of each rank and determine which position best suits their goals.

How to claim SSNIT benefit