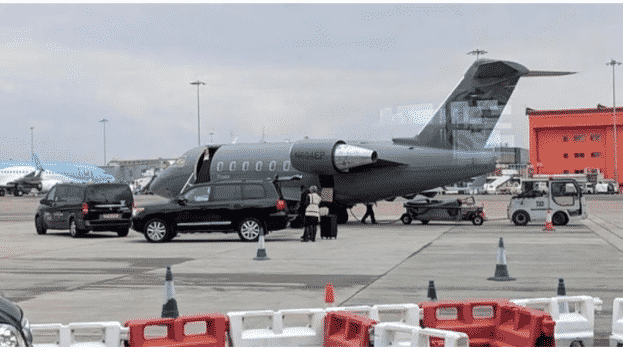 From famous person to another famous person and beyond, it seems that the Ghanaian rich and famous are flying high above the rest of us in more ways than one.

The wealthier residents of Ghana seem to favor getting around via private jets over regular commercial air travel, with some even owning their own planes.

To get a better idea of who’s on this exclusive list, here’s our quick list of famous Ghanaians with private jets. Unfortunately, the list is not long as you may assume as reports indicate that only two Ghanaians own a private jet that

Ibrahim Mahama is a wealthy Ghanaian businessman and politician. He is the brother of former Ghanaian president, John Dramani Mahama. Ibrahim Mahama owns a private jet, which he bought for $25 million in 2013.

The jet is an Embraer Lineage 1000E, and it was worth about $30 million at that time. It has the capacity to fly from London to New York or from Singapore to Sydney without refuelling.

It can carry up to 19 passengers as well as crew members. As a high-end private jet, it is equipped with state-of-the-art technology. When not in use by its owner, the aircraft can be rented out for use by other businessmen at around $ 40,000 per hour.

Alhaji Asumah Banda is a business man who got his business source from a family business he endulged himself in. He is the CEO and founder of African Aviation Logistics. His company has its headquarters in Accra and operates out of Nigeria and South Africa.

Alhaji Asumah Banda is the owner of an Embraer Legacy 600, worth approximately $48 million. He is a retired high-ranking military officer and has been in politics for over 30 years.

How often do they use their private jets?

Most owners will use their jets to fly to meetings and special occasions. Others may use them only once or twice a year and leave them parked at an airport. Some may own the jets for prestige, while others might want to make money by leasing out the jet when it isn’t being used.

What are the benefits of owning a private jet?

Private jets are expensive, but for some wealthy individuals, it’s worth the money. Many of these people have made their fortunes in oil or mining and want to take advantage of this wealth by living lavishly.

However, if you’re not a millionaire and need to commute back and forth from your country to work abroad or in another country, then maybe you should reconsider whether you should spend that much on a private jet or not.