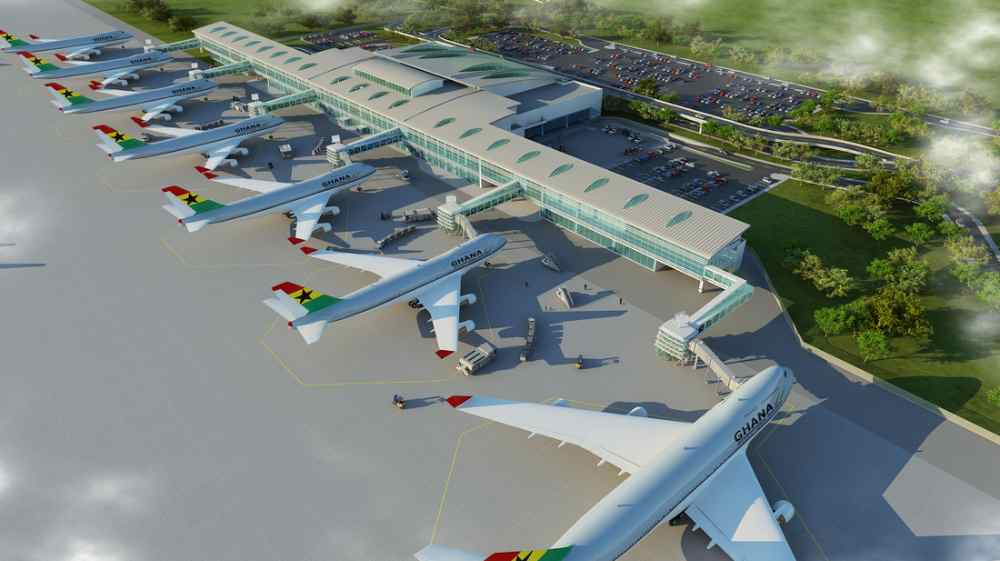 Air travel in Ghana has expanded dramatically in the past decade. The recent surge in infrastructure and construction of new airports across the country have made air travel the fastest and most convenient way to reach remote areas of Ghana that used to take days to visit.

This list of airports in Ghana will help you find the international airports closest to your destination, as well as some domestic Ghanaian airports. Use this list when planning your trip to Ghana so that you’re not searching for the correct airport in the wrong country.

Terminal 1 (The Golden Terminal) operates for all domestic departures and arrivals for both inter-African and intra-African travel. Terminal 2 operates for all international departures including regional African destinations as well as long-haul flights from Europe, Asia and North America.

Passengers who are transferring between terminals can take a shuttle bus or walk through a covered bridge which links the two terminals together. Passengers can also make use of other ground transportation services that operate out of the Arrivals hall or car rental service providers.

The Kumasi Airport is the only airport in the Ashanti region. It is located at Adjetey, about 20 kilometres (12 miles) from Kumasi, the regional capital and a major commercial hub.

The airport currently operates with one runway which can accommodate aircraft up to Boeing 747-400 size. It has an annual capacity of 1 million passengers but often exceeds that number. The runway is 2,482 metres (8,138 ft) long and 45 metres (147 ft) wide.

Tamale Airport is a regional airport serving the city of Tamale, capital of the Northern Region. It is located about 18 kilometers from the city center, near the village of Gura.

The airport was built by both Soviet and German engineers as an army airfield during World War II. Today it handles mostly domestic flights to Accra, Kumasi, Bolgatanga and other regional destinations.

Takoradi Airport serves the town of Takoradi and its environs. It is also a gateway for tourists visiting places like Elmina, Cape Coast, Fumbisi Beach and others on the Western region coast. The airport is about 2km from Takoradi city center.

Sunyani Airport is located about 10 kilometers from the city center. Established in the 1960s for domestic flights, the Sunyani airport was officially unveiled on the 13th of July 1974 by Col. P.K. Agyekum, the then commissioner for Transport and Communications and it was set up to serve the people of Sunyani town of the Brong-Ahafo Region in Ghana, it is also being managed by the Ghana Airports Company Limited (GACL).

Athough it has not been operational for about two years, the services of the Sunyani airport has helped to bring about socio-economic development in the area.

How many international airports do Ghana have

Ghana has 5 airports running in the country with 1 international airport which is Kotoka International Airport, Accra. Kotoka works both domestically and internationally alongside the 4 others which is currently working only on domestic basis.

Airports are important for air travel, but not all airports are created equal. We hope you found this list helpful. If there are any airports that we missed, please comment below.

How to Apply for Singapore Visa from Ghana

How To Volunteer in Ghana: Opportunities and more