Watch “Poisoned Bait” on Dominion Television, DStv 352 or GOtv 168 with live discussions on “Let’s Talk About It” 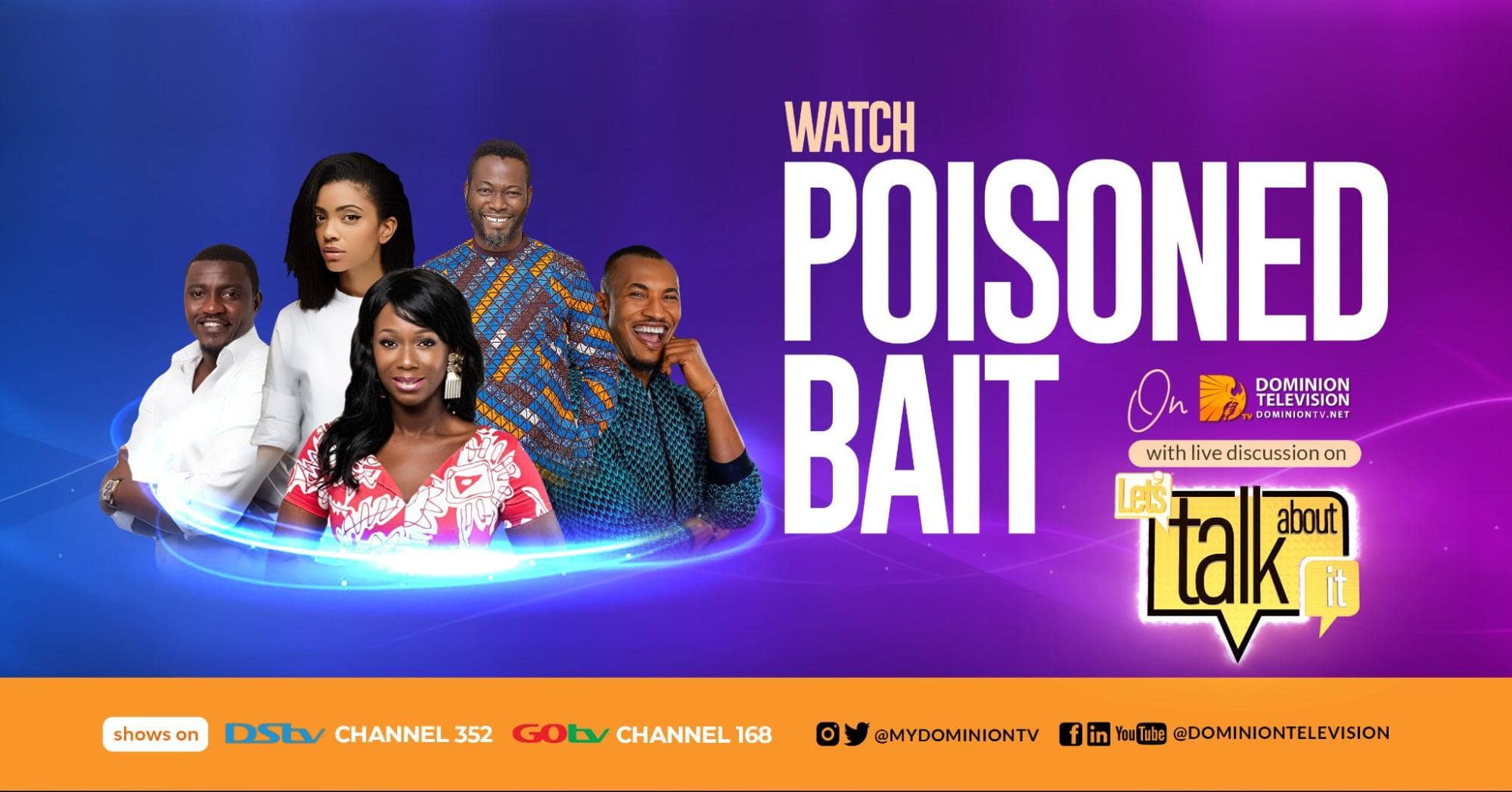 Dominion Television, Africa’s premier Christian lifestyle network, has an enthralling talk show that discusses virtually any issue the average Christian confronts on a daily basis. It is “Let’s Talk About It”, and it speaks to issues like love, abuse, abortion, amongst other relevant issues.

“Let’s Talk About It” will, for its first season, use the captivating television drama series entitled “Poisoned Bait” which was produced by renowned Ghanaian Producer Leila Djansi and stars a host of celebrities like Marie Humbert, John Dumelo, Mary Njoku, Edward Agyekum Kuffuor, Ama K. Abebrese, and many more.

The Ghanaian television drama series “Poisoned Bait” tells the story of a young woman whose otherwise peaceful life spins out of control when her ex-boyfriend returns unexpectedly to the country from Egypt on the day of her wedding.

After a thirty-minute broadcast of the movie, Lerny Lomotey, the show’s host, will interview two Christ-like guests, famous in the Ghanaian setting, on every episode. The series is premised on the theme “Women Empowerment”, but contains sub-themes of love and marriage which “Let’s Talk About It” will address from a Christian viewpoint.

The show is already running and promises to be exciting this Saturday. “Let’s Talk About It” shows every Saturday evening at 19:00 GMT (7 pm) and repeats on Mondays at 19:00 GMT.

There are thirteen (13) episodes for its first season slated to run till October 16, 2021. It will not be streamed live on social media, hence, we encourage everybody to tune in to Dominion Television on GOtv channel 168 or DStv channel 352 to catch a glimpse of this life-transforming drama series tied with an exciting live studio discussion.

For advertisement or sponsorship opportunities, contact Dominion Television on +233500412860.