How to give birth to a male or female child 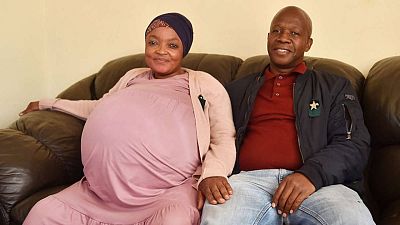 When it comes to the miracle of childbirth, many parents want to know if they can choose the gender of their baby before giving birth. While there is no guaranteed way to ensure that you give birth to a male or female child, there are several methods available that may increase the likelihood of having a baby of a desired gender.

The prospect of having a child is an exciting time in a couple’s life. While most parents look forward to the arrival of a healthy baby regardless of their gender, many cultures and societies still have strong expectations about the gender of a child. In Ghana, there is a great demand for male children and these practices are still popular among many families, who hope they can change the sex of their unborn baby.

This articles will be talking about the ways people belief it followed, can provide you with your desired gender.

How gender is determined

Ways to influence the sex of your child

It is believed both scientifically and theorically that, if you follow some proceedings, it can help give you a gender of a child you prefer. The theories belief which is popular among Africans sometimes involves spiritual process and drinking of concoctions which can have adverse effect on the mother or father. The scientific process such as intake of drugs can also do same. In every method you choose, make sure you are safe and don’t force the gender of a child because it is a natural occurance. Let’s look at some of the ways the gender of a baby can be influenced.

The Shettles method is based on the premise that male sperm are smaller and weaker than female sperm, but swim faster. To increase the chances of conceiving a baby boy, couples should have intercourse as close to ovulation as possible, while avoiding intercourse three to four days before ovulation.

This method is based on an ancient Chinese gender chart which uses a woman’s age at conception and the month she became pregnant to predict whether the baby will be a boy or a girl. It is believed that if the two numbers line up for a particular month, then a baby boy will be conceived, while if the two numbers do not line up for that month, then a baby girl will be conceived.

There is limited research available on the effectiveness of using drugs to change the gender of a child, and many medical professionals do not recommend them. There are various drugs that can be used to try and increase the chances of a particular gender being born. These drugs typically affect hormones, which may alter the environment of the womb and favor one gender over another. The results from using these drugs are not always reliable and can be expensive, so it is important to do your research before you decide to take this route.

According to an old African belief, a child’s gender can be changed during pregnancy through specific prayers and drinks taken by the pregnant mother. The concoction is believed to have the power to change the unborn baby’s gender from female to male or vice versa. The exact ingredients and methods vary depending on the healer, but most concoctions contain herbs believed to boost fertility and increase male hormone production. Despite the lack of scientific proof, many Africans believe that these methods can help them give birth to a male child.

One ethical concern is that by attempting to choose the gender of a baby, people may be reinforcing traditional gender roles and stereotypes. This could lead to discrimination against people whose gender identity does not conform to what society deems acceptable. Also, there is a risk that attempting to manipulate gender could lead to health problems for the baby. This is especially true for methods that involve using hormones or drugs, as these can have adverse side effects.

While it can be tempting to choose the sex of your child, it is important to remember that there are no guarantees and that any method may or may not work. Ultimately, the decision should be based on your own personal beliefs and desires. If you want to try one of the methods above to increase your chances of having a male or female baby, make sure to do your research and speak to your doctor or midwife. At the end of the day, the most important thing is to have a healthy baby and a happy family.

How much does Childbirth cost in Ghana

When to have sex after Chldbirth